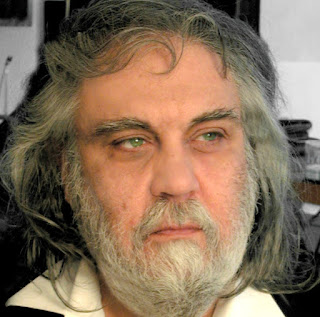 Evángelos Odysséas Papathanassíou ( 29 March 1943 – 17 May 2022 ), known professionally as Vangelis was a Greek musician and composer of electronic, progressive, ambient, jazz, and orchestral music. He was best known for his Academy Award-winning score to Chariots of Fire (1981), as well as for composing scores to the films Blade Runner (1982), Missing (1982), Antarctica (1983), The Bounty (1984), 1492: Conquest of Paradise (1992), and Alexander (2004), and for the use of his music in the 1980 PBS documentary series Cosmos: A Personal Voyage by Carl Sagan.WIKIPEDIA
Email ThisBlogThis!Share to TwitterShare to FacebookShare to Pinterest
Labels: Vangelis

He was sub-organist of Westminster Abbey from 1962 to 1967, and organist of Christ Church, Oxford from 1970 before returning to Westminster as Organist and Master of the Choristers in 1981. He relinquished his Westminster post in 1987, and then led a career as an international concert organist. He also composed works for the organ, the best-known of which is probably his Alleluyas, written in the style of Olivier Messiaen. Recordings of his organ works originally made in the 1960s on the Argo label have recently been re-issued by Eloquence.
WIKIPEDIA
YOUTUBE
Email ThisBlogThis!Share to TwitterShare to FacebookShare to Pinterest 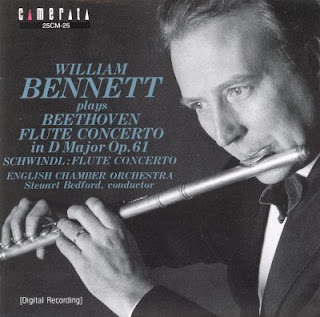 Bennett was born in London to parents who were both architects. He boarded at Beltane School until he was 16, starting his school life as a seven-year-old during the Second World War. He started playing the recorder at the age of 8 and the flute at 12. He studied the flute in London with Geoffrey Gilbert from the age of 15 and went to the Guildhall School of Music and Drama a year later. Instead of doing two years of compulsory national military service after the war, he chose instead to serve three years in the Scots Guards band, which allowed him to continue his studies at the Guildhall School of Music. He went to Paris on a French government scholarship at 21, where he had lessons with Fernand Caratgé and Jean-Pierre Rampal. Later he studied with Marcel Moyse.WIKIPEDIA
Email ThisBlogThis!Share to TwitterShare to FacebookShare to Pinterest
Labels: William Bennett 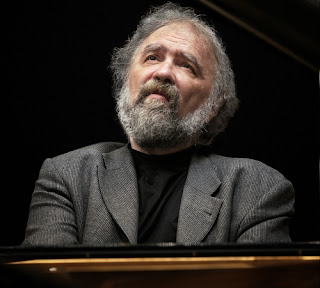 Radu Lupu CBE (30 November 1945 – 17 April 2022) was a Romanian pianist. He was widely recognized as one of the greatest pianists of his time. Born in Galați, Romania, Lupu began studying piano at the age of six. Two of his major piano teachers were Florica Musicescu, who also taught Dinu Lipatti, and Heinrich Neuhaus, who also taught Sviatoslav Richter and Emil Gilels. From 1966 to 1969, he won three of the world's most prestigious piano competitions: the Van Cliburn International Piano Competition (1966), the George Enescu International Piano Competition (1967), and the Leeds International Pianoforte Competition (1969). These victories launched Lupu's international career, and he appeared with all of the major orchestras and at all of the major festivals and music capitals of the world.
Email ThisBlogThis!Share to TwitterShare to FacebookShare to Pinterest
Labels: Radu Lupu 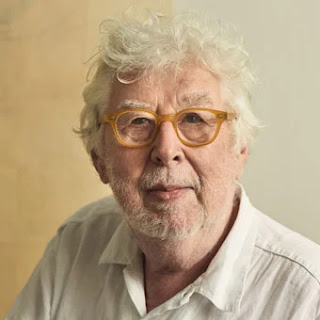 Sir Harrison Birtwistle CH (15 July 1934 – 18 April 2022) was an English composer of contemporary classical music best known for his operas, often based on mythological subjects. Among his many compositions, his better known works include The Triumph of Time (1972) and the operas The Mask of Orpheus (1986), Gawain (1991), and The Minotaur (2008). The last of these was ranked by music critics at The Guardian in 2019 as the third-best piece of the 21st-century. Even his compositions that were not written for the stage often showed a theatrical approach. A performance of his saxophone concerto Panic during the BBC's Last Night of the Proms caused "national notoriety". He received many international awards and honorary degrees.
Email ThisBlogThis!Share to TwitterShare to FacebookShare to Pinterest
Labels: Harrison Birtwistle 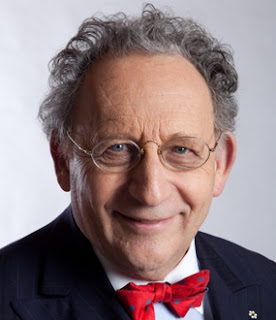 Boris Brott was the artistic director, conductor and founder of the National Academy Orchestra of Canada. He was hit and killed by a driver in Hamilton on April 5, 2022. and also a noted motivational speaker. He was one of the most internationally recognized Canadian conductors, having conducted on stages around the world, including Carnegie Hall and Covent Garden. He was known for his innovative methods of introducing classical music to new audiences. Over his career, he commissioned, performed, and recorded a wide variety of Canadian works. Brott was the founder and artistic director of the National Academy Orchestra of Canada and the Brott Music Festival, both based in Hamilton, Ontario. He was the founding music director and Conductor Laureate of the New West Symphony in Los Angeles, and artistic director and Conductor of the Orchestre classique de Montréal (formerly the McGill Chamber Orchestra). He was a former Principal Youth and Family conductor with the National Arts Centre Orchestra in Ottawa, where he conducted family and education concerts
Email ThisBlogThis!Share to TwitterShare to FacebookShare to Pinterest
Labels: Boris Brott 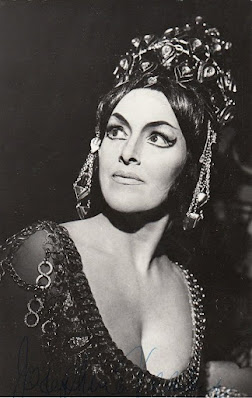 The American composer, GEORGE CRUMB known for works such as Black Angels, Vox Balanae and his Sonata for Solo Cello, has passed away aged 92 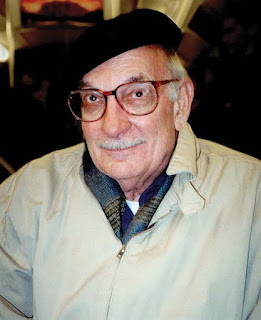 George Henry Crumb or George Henry Crumb Jr. (October 24, 1929 – February 6, 2022) was an American composer of modern classical and avant-garde music. He was known as an explorer of unusual timbres, alternative forms of notation, and extended instrumental and vocal techniques, which obtain vivid sonorities. Examples include seagull effect for the cello (e.g. Vox Balaenae), metallic vibrato for the piano (e.g. Five Pieces for Piano), and using a mallet to play the strings of a double bass (e.g. Madrigals, Book I), among numerous others.
Crumb's most renowned works include Ancient Voices of Children (1970), Black Angels (1971), and Makrokosmos III (1974)
.WIKIPEDIA BIO
Email ThisBlogThis!Share to TwitterShare to FacebookShare to Pinterest
Labels: George Crumb 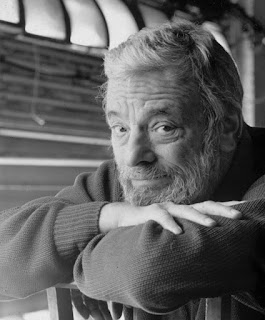 Stephen Joshua Sondheim (/ˈsɒndhaɪm/ SOND-hym; March 22, 1930 – November 26, 2021) was an American composer and lyricist. One of the most important figures in 20th-century musical theater, Sondheim was praised for having "reinvented the American musical". WIKIPEDIA
Email ThisBlogThis!Share to TwitterShare to FacebookShare to Pinterest

Jay Black (born David Blatt; November 2, 1938 – October 22, 2021) was an American singer, also known as "The Voice," whose height of fame came in the 1960s when he was the lead singer of the band Jay and the Americans. The band had numerous hits including "Come a Little Bit Closer", "Cara Mia", and "This Magic Moment"
WIKIPEDIA | AVAILABLE RECORDINGS
Email ThisBlogThis!Share to TwitterShare to FacebookShare to Pinterest
Labels: Jay Black

Nelson Freire (18 October 1944 — 31 October 2021)
Freire began playing the piano at age three. He replayed from memory pieces his older sister, Nelma, had just performed. His teachers in Brazil were Lucia Branco, a former student of Arthur de Greef, a pupil of Liszt, and her assistant Nise Obino. For his first public recital, at the age of four.
Freire had won his first prize at the Vianna da Motta International Music Competition in Lisbon, Portugal (ex-aequo with Vladimir Krainev) and he also received the Dinu Lipatti Medal and the Harriet Cohen Medal in London, England. In December 2001, he chaired the jury for the Marguerite Long Competition in Paris. His debut at The Proms was in August 2005 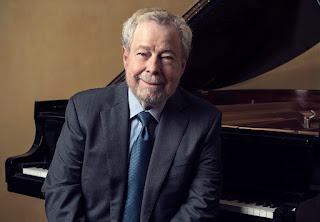 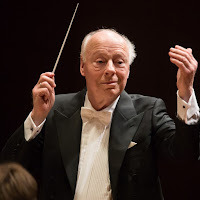 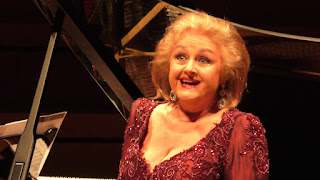 Gruberova had an extraordinary voice that repeatedly motivated directors to include rarely performed operas with challenging singing roles in their programs, especially for them. Gruberova, born in Bratislava in 1946, grew up in simple circumstances as her father drank, and she developed a close relationship with her mother. Singing was her escape from the often harsh reality and difficulties she was going through at home, in the school choir, and the children’s radio choir. Edita Gruberová (23 December 1946 – 18 October 2021) was a Slovak coloratura soprano. She enjoyed huge success internationally in roles such as Zerbinetta in Ariadne auf Naxos and Queen of the Night in The Magic Flute. In her later career, she explored heavier roles in the Italian bel canto repertoire, such as the title role in Donizetti's Lucia di Lammermoor, Elvira in Bellini's I puritani, and Elisabetta in Roberto Devereux. WIKIPEDIA | RECORDINGS
Email ThisBlogThis!Share to TwitterShare to FacebookShare to Pinterest 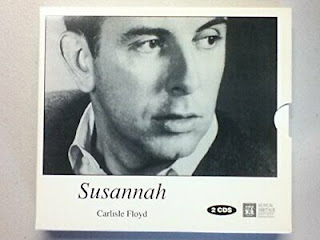 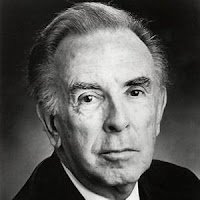 Carlisle Sessions Floyd (June 11, 1926 – September 30, 2021) was an American opera composer. The son of a Methodist minister, he based many of his works on themes from living in the American South. His best known opera, Susannah (1955), is based on a story from the Biblical Apocrypha, transferred to contemporary, rural Tennessee, and is written for a Southern dialect.
WIKIPEDIA
| Avaiable Recordings
Email ThisBlogThis!Share to TwitterShare to FacebookShare to Pinterest
Labels: Carlisle Floyd 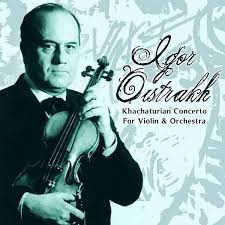 Oistrakh was born in Odessa, Ukraine (then part of the Soviet Union) and was the son of Tamara Rotareva and violinist David Oistrakh. He attended the Central Music School in Moscow and made his concert debut in 1948. From 1949 to 1955 he studied at the Moscow State Tchaikovsky Conservatory, winning the International Violin Competition in Budapest (1949) and the Henryk Wieniawski Violin Competition in Poznań (1952). He then joined the faculty of the Conservatory in 1958, becoming a lecturer in 1965. Beginning in 1996, Oistrakh held the post of Professor of the Royal Conservatory in Brussels. Oistrakh appeared frequently internationally, both as a soloist and in joint recitals with his father, or with his father conducting. He was noted for his lean, modernist interpretations. The asteroid 42516 Oistrach was named in his and his father's honour. His son, Valery, is an active violist. (WIKIPEDIA doner) |  On Record at Amazon Store
Email ThisBlogThis!Share to TwitterShare to FacebookShare to Pinterest
Labels: Igor Oistrakh 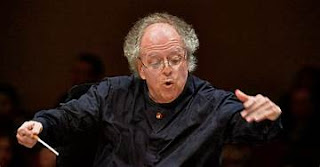 American conductor and pianist. He was primarily known for his tenure as music director of the Metropolitan Opera (the "Met"), a position he held for 40 years (1976–2016). He was formally terminated from all his positions and affiliations with the Met on March 12, 2018, over sexual misconduct allegations, which he denied.WIKIPEDIA | Available recordings
Email ThisBlogThis!Share to TwitterShare to FacebookShare to Pinterest
Labels: James Levine 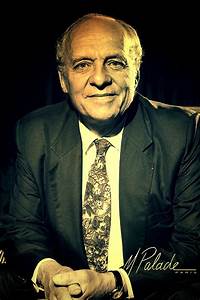 Bolling was also noted for a series of "crossover" collaborations with classical musicians. His Suite for Flute and Jazz Piano Trio with Jean-Pierre Rampal, a mix of Baroque elegance with modern swing, has been a top seller for many years, and was followed up by other works in the same vein. It was particularly popular in the United States, at the top of the hit parade for two years after its release and on the Billboard top 40 for 530 weeks, roughly ten years. Following his work with Rampal, Bolling went on to work with many other musicians, from different genres, including guitarist Alexandre Lagoya, violinist Pinchas Zukerman, trumpeter Maurice André, and cellist Yo-Yo Ma. He also worked with and performed tributes to many others, including Lionel Hampton, Duke Ellington, Stéphane Grappelli, Django Reinhardt, and Oscar Peterson. 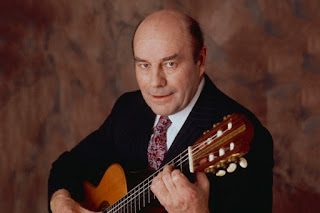 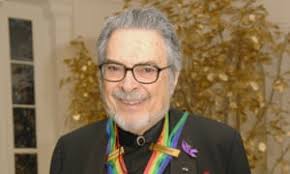 Yahoo news Leon Fleisher (July 23, 1928 – August 2, 2020) was an American classical pianist, conductor and pedagogue. He was one of the most renowned pianists and pedagogues in the world. Music correspondent Elijah Ho called him "one of the most refined and transcendent musicians the United States has ever produced". WIKIPEDIA 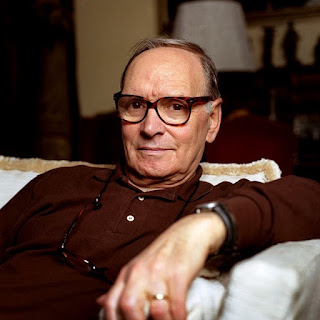 Morricone composed over 400 scores for cinema and television, as well as over 100 classical works. He started as a talented football player for A.S. Roma but quickly left the sport to follow his passion for music. His score to The Good, the Bad and the Ugly (1966) is considered one of the most influential soundtracks in history and was inducted into the Grammy Hall of Fame. His filmography includes over 70 award-winning films, including all Sergio Leone films (since A Fistful of Dollars), all Giuseppe Tornatore films (since Cinema Paradiso), The Battle of Algiers, Dario Argento's Animal Trilogy, 1900, Exorcist II, Days of Heaven, several major films in French cinema, in particular the comedy trilogy La Cage aux Folles I, II, III and Le Professionnel, as well as The Thing, The Mission, The Untouchables, Mission to Mars, Bugsy, Disclosure, In the Line of Fire, Bulworth, Ripley's Game and The Hateful Eight. WIKIPEDIA