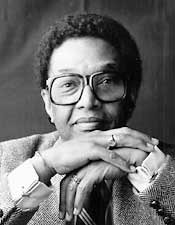 Billy Taylor, an acclaimed jazz pianist and composer who became one of the genre's most ardent advocates through radio, television and the landmark Jazzmobile arts venture, has died at age 89.

John Alldis, choir conductor has died at the age of 81 of pneumonia. He founded the professional, 16-voice John Alldis Choir

, but the choir repertoire reached back as far as the Renaissance. Choir members who later established solo careers including Philip Langridge

. The Alldis Choir worked with Pink Floyd on the "Atom Heart Mother

Alldis worked with choral ensembles for the London Symphony Orchestra

and the London Philharmonic

, and taught at the Guildhall School of Music and Drama from 1966 to 1977. He conducted the American Choral Symposium in Manhattan, Kansas, from 1978 to 1987, and was permanent guest conductor of the Netherlands Chamber Choir from 1985 to 1998. 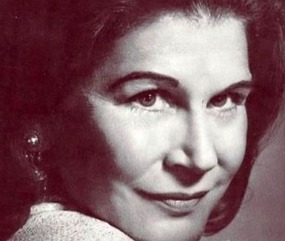 The American American soprano and teacher, Helen Boatwright (née Strassburger), grew up in Sheboygan, Wisconsin during the Depression. She began her training with Anna Shram Irving. Later she studied voice with Professor Marion Sims (1892-1980) at the Oberlin Conservatory of Music (Ohio), receiving the bachelor degree in music in 1939 and the master's degree in music in 1943.

German tenor Peter Hofmann, who became famous for his performances of Richard Wagner operas, died Tuesday, 29 November 2010. He died at a hospital in Wunsiedel in Bavaria. The mass-circulation newspaper Bild also reported Hofmann's death after a long battle with Parkinson's disease. Hofmann made his name performing at the annual Bayreuth festival celebrating the music of Richard Wagner. He toured stages across the world, including the Metropolitan Opera in New York.

Buddy Morrow (born Muni Zudekoff, aka Moe Zudekoff; February 8, 1919, New Haven, Connecticut – September 27, 2010) was an American trombonist and bandleader. He is known for his mastery of the upper range which is evident in records such as "The Golden Trombone," as well as his ballad playing. Morrow was once a member of The Tonight Show Band. His early 1950s records such as "Rose, Rose, I Love You" and "Night Train" appeared in the US Billboard charts. "Night Train" reached #23 in the UK Singles Chart in March 1953. He was most recently the leader of the Tommy Dorsey Orchestra, through September 24, 2010. Morrow died in the morning on September 27, 2010.

Henryk Gorecki has died at the age of 76 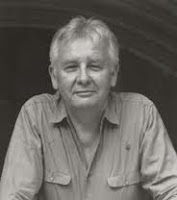 Polish composer Henryk Gorecki has died at the age of 76. He was best known for his Symphony of Sorrowful Songs, which was composed in 1976 and sold more than a million copies following a 1992 re-release. Henryk Mikołaj Górecki (Polish pronunciation: [ˈxɛnrɨk mʲiˈkɔwaj ɡuˈrɛtski]) (December 6, 1933 – November 12, 2010) was a composer of contemporary classical music. He studied at the State Higher School of Music in Katowice between 1955 and 1960. In 1968, he joined the faculty and rose to provost before resigning in 1979. Górecki became a leading figure of the Polish avant-garde during the post-Stalin cultural thaw.

Shirley Verrett, an acclaimed American mezzo-soprano and soprano praised for her blazing intensity during a career that spanned four decades, died  in Ann Arbor, Mich. She was 79.

Shirley Verrett (May 31, 1931 – November 5, 2010 was an American operatic mezzo-soprano who successfully transitioned into soprano roles i.e. soprano sfogato. Verrett enjoyed great fame from the late 1960s through the 1990s and was much admired for her radiant voice, beauty, and great versatility. She was particularly well known for her singing in French and Italian opera, particularly works of Verdi and Donizetti. More Wikipedia Bio
Email ThisBlogThis!Share to TwitterShare to FacebookShare to Pinterest
Labels: Shirley Verrett
Newer Posts Older Posts Home
Subscribe to: Posts (Atom)