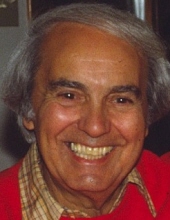 He was also a band arranger and composer. Born in Chicago Illinois, Giovannini began piano studies as a child. He attended the Alfred Nobel Grammar School in Chicago and the Lane Technical High School. He graduated from the Chicago Conservatory of Music in 1948 with a Bachelor of Music and a master's degree in composition. During World War II he was appointed pianist for the US Navy Band in Washington, DC. From 1949 to 1956 he joined NBC in Chicago and gained fame through appearances on the Dave Garroway and Ransom Sherman shows. During 1956 and 1957 he was music director for the Kukla, Fran and Ollie television show. In 1958 he joined ABC Chicago. His instrumental compositions for Concert Band include Alla Barocco, El Torero, Overture in B-Flat, Overture to a New Era, and Chorale and Capriccio (with orchestrations by Wayne Robinson). From 1961 to 1976, he played piano on many movie soundtracks including The World of Henry Orient (1964), Wait Until Dark (1967), The Fox (1967), The Shoes of the Fisherman (1968), Shaft's Big Score (1972) and Raid on Entebbe (1976). WIKIPEDIA
Email ThisBlogThis!Share to TwitterShare to FacebookShare to Pinterest
Labels: 2017, Caesar Giovannini 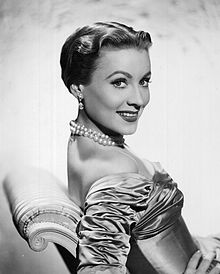 Anne Jeffreys became a member of the New York Municipal Opera Company on a scholarship and sang the lead at Carnegie Hall in such things as La bohème, Traviata, and Pagliacci. Her plans for an operatic career were sidelined when she was cast in a staged musical review, Fun for the Money. Her appearance in that revue led to her being cast in her first movie role, in I Married an Angel (1942), starring Nelson Eddy and Jeanette MacDonald. Anne Jeffreys (born Anne Carmichael; January 26, 1923 – September 27, 2017) was an American actress and singer. 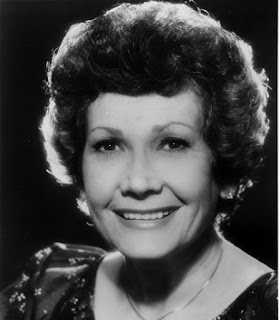 Brenda Lewis (born 2 March 1921, Harrisburg, Pennsylvania - died 17 September 2017, Westport , Conn.) was an American operatic soprano, musical theatre actress, opera director, and music educator. She enjoyed a 20-year-long collaboration with the New York City Opera (NYCO) with whom she notably created roles in several world premieres by American composers; including the title role in Jack Beeson's Lizzie Borden in 1965. She also performed with frequency at the Metropolitan Opera from 1952-1965, and was active as a guest artist with notable opera companies both nationally and internationally. Although she is mainly remembered as an exponent of American operas and musicals, she performed a broad repertoire of works and was particularly celebrated for her portrayals of Marie in Wozzeck, Rosalinde in Die Fledermaus, and the title roles of Carmen and Salome; the latter of which she performed for the inauguration of Houston Grand Opera in 1956. Lewis was also a familiar face to Broadway audiences in operettas, operas, and musicals; appearing in eight productions between 1944 and 1964. Her most successful appearance on Broadway was in the role of Birdie Hubbard in the world premiere of Marc Blitzstein's Regina in 1949. She later became closely associated with the title role in that work which she performed and recorded on disc with the NYCO in 1958. After retiring from the stage, she worked as a voice teacher and opera director at the Hartt School of Music. She also directed and produced operas for the New Haven Opera Theater from 1963-1973. (Wikipedia) 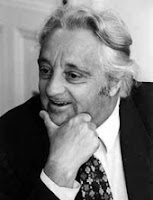 Siegfried Köhler (30 July 1923 – 12 September 2017) was a German conductor and composer of classical music, who worked as general music director of opera houses such as Hessisches Staatstheater Wiesbaden and the Royal Swedish Opera. He conducted premieres of works by Hans Werner Henze and Volker David Kirchner, among others, and revived rarely performed operas. He also composed music for the stage and taught at universities of music in Cologne and Saarbrücken. 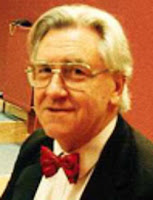 Derek Bourgeois was born in Kingston upon Thames in 1941. After receiving his university education at Magdalene College, Cambridge(honours degree and doctorate), Bourgeois spent two years at the Royal College of Music, studying composition with Herbert Howells and conducting with Sir Adrian Boult. From 1971 to 1984, Bourgeois was a lecturer in music at Bristol University, and director of the National Youth Orchestra from 1984 to 1993. In 1980 he began conducting the Sun Life Band (now the Stanshawe Band of Bristol), which was his introduction to brass bands. In 1994 Bourgeois was appointed Director of Music at St Paul's Girls School, London, a position previously held by a number of noted composers, including Gustav Holst and Herbert Howells. After retiring from this post in 2002 he and his wife settled in Mallorca.