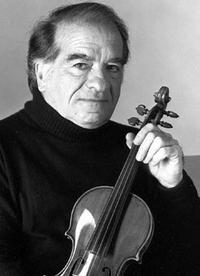 Ruggiero Ricci, a virtuoso violinist who first awed audiences at age 10 with his mastery of Mendelssohn and later remade himself into a mature musician whose range reached from the 19th-century acrobatics of Paganini’s Caprices to premiere performances of contemporary works, died on Sunday 5 August 2012,  at his home in Palm Springs, Calif. He was 94.NYTimes Obit | Wikipedia
Email ThisBlogThis!Share to TwitterShare to FacebookShare to Pinterest
Labels: Ruggiero Ricci

Composer Marvin Hamlisch Dies; He Was 68 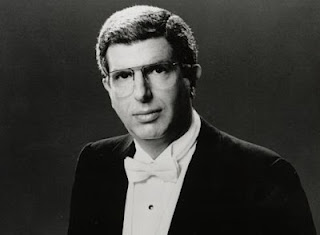 Marvin Frederick Hamlisch (June 2, 1944 – August 6, 2012) was an American composer. He is one of only eleven people to have been awarded Emmys, Grammys, Oscars, and a Tony. He is also one of only two people to have won those four prizes and also a Pulitzer Prize (the other is Richard Rodgers). Hamlisch also won two Golden Globes.
He was married to news broadcaster Terre Blair.

Marguerite Piazza had a voice that could pack a concert hall and a figure that transfixed television audiences. She was sought out for ribbon cuttings and commercial endorsements and once performed as part of a Super Bowl halftime show. Ms. Piazza, who at the pinnacle of her career in the 1950s performed with the Metropolitan Opera, died of congestive heart failure on Thursday at her home in Memphis, her daughter Marguerite Bonnett said. She was 86. NYTimes | Wikipedia
Email ThisBlogThis!Share to TwitterShare to FacebookShare to Pinterest
Labels: Marguerite Piazza 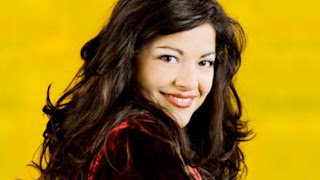 Ms. Ursuleasa, a Romanian-born pianist renowned for her prodigious technique and often idiosyncratic interpretations, was performing internationally by the time she was a teenager.