Anshel Brusilow (14 August 1928 – 15 January 2018) was an American violinist, conductor, and music educator at the collegiate level. Brusilow was born in Philadelphia, Pennsylvania. He began his violin study at the age of five with William Frederick Happich (1884–1959) and subsequently studied with Jani Szanto (1887–1977). Brusilow entered the Curtis Institute of Music when he was eleven and studied there with Efrem Zimbalist. Throughout most of his childhood and adolescence, he was known as "Albert Brusilow," Later, at the urging of his girlfriend (who would later become his wife), he returned to using his birth name, Anshel. Brusilow attended the Philadelphia Musical Academy and at sixteen was the youngest conducting student ever accepted by Pierre Monteux. A 4th prize winner of the Jacques Thibaud-Marguerite Long Violin Competition in 1949, he performed as a soloist with numerous major orchestras in the United States. While serving as concertmaster of the Philadelphia Orchestra, Brusilow founded in 1961, and from 1961 to 1965, conducted the Philadelphia Chamber Orchestra, an organization composed of musicians from the Philadelphia Orchestra. But December 1964, Brusilow announced his resignation as concertmaster, effective June 1966, over a dispute with the Orchestra Association forbidding players from forming independent musical groups. WIKIPEDIA 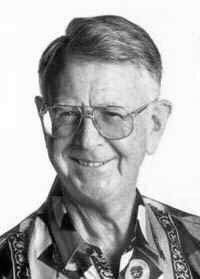 Brumby was born in Melbourne and educated at the Glen Iris State School, Spring Road Central School, and Melbourne Boys' High School. He studied at the University of Melbourne Conservatorium of Music, from which he graduated in 1957 with a diploma in education. In 1953 he was a finalist in the Australian Youth Aria competition, eventually winning the Lieder Award. He was organist at St. Oswald's Glen Iris from 1950 to 1953. Before travelling to Europe in 1962 he taught in Queensland schools and was for a time the head of music at Kelvin Grove Teacher's College. He went to Spain to study advanced composition with Philipp Jarnach, and to London to study with Alexander Goehr. On his return to Australia, he joined the staff of the Music Department at the University of Queensland, and was based in Brisbane ever since. He became Associate Professor with the University of Queensland, from which he retired in 1998. He, along with Philip Bračanin, are two Brisbane-based composers who have attained an international reputation, beginning in the 1970s, and joined more recently by composers such as Gerard Brophy, Stephen Cronin, Robert Davidson, Kent Farbach, Stephen Leek, Peter Rankine and Nigel Sabin who have attained similar renown. Brumby was Musical Director of the Queensland Opera Company from 1968 to 1971. WIKIPEDIA
Email ThisBlogThis!Share to TwitterShare to FacebookShare to Pinterest
Labels: 2018, Colin Brumby 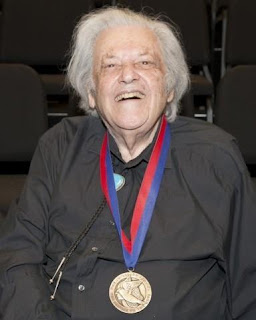 Mann was a faculty member at the Manhattan School of Music. Mann, the first violinist at Juilliard, served on the school's string quartet for over fifty years until his retirement in 1997. Mann played and performed on many instruments, including those made by Antonio Stradivari and John Young. Mann was the subject of a 2014 documentary, titled Speak the Music. Mann was born and raised in Portland, Oregon. His father worked as a tailor and a grocer. Mann began his study of the violin at age nine; at 13, he was accepted into the class of Edouard Hurlimann, concertmaster of the Portland Symphony. He attended the Portland Youth Philharmonic, but had planned to become a forest ranger in his youth. In 1938, at the age of eighteen, he moved to New York City to enroll in the Juilliard School, where he studied violin with Edouard Dethier, composition with Bernard Wagenaar and Stefan Wolpe, and conducting with Edgar Schenkman. Mann won the prestigious Naumburg Competition in 1941 and made his New York debut two days after the attack on Pearl Harbor. Shortly after his graduation from Juilliard, he was drafted into the US Army. WIKIPEDIA

After serving as assistant conductor of the New York Philharmonic under Leonard Bernstein beginning in 1961, Peress went on to stand as leader of the orchestra in Corpus Christi, Texas in 1962. In 1970, he also became leader for two years of the Austin Symphony Orchestra. In 1974, he left Texas to take over the Kansas City Philharmonic, where he remained until 1980.