Welsh tenor Robert Tear has died in London. He was 72.

Versatile Welsh tenor Robert Tear, who appeared on more than 250 recordings, has died in a London hospice. He was 72. 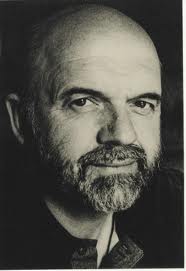 Robert Tear, CBE (8 March 1939 – 29 March 2011) was a Welsh tenor and conductor.
Tear was born in Barry, Glamorgan, Wales, UK. He attended Barry Boys' Grammar School and was a choral scholar at King's College, Cambridge, where he studied under Kimbell. He was later elected an Honorary Fellow of the College. His operatic début was in 1966 as Peter Quint in Benjamin Britten's The Turn of the Screw on the English Opera Group's tour of England and Russia. In 1970 he made his début at Covent Garden as Lensky in Tchaikovsky's Eugene Onegin. He made his début as a conductor in 1985 in Minneapolis.
Tear was closely associated with the music of British composers Benjamin Britten and Michael Tippett. He created the role of Dov in Tippett's opera The Knot Garden. During the 1989-90 season, he made a highly successful debut with the Glyndebourne Touring Company as the tormented Aschenbach in Britten's Death in Venice. He was well-known for his duets with Benjamin Luxon, reviving many Victorian parlour songs.
Tear was an Honorary Fellow of the Royal Welsh College of Music & Drama (Coleg Brenhinol Cerdd a Drama Cymru). In 1984, he was awarded the CBE. He was married with two daughters and lived in West London. Tear's death was announced on 29 March 2011.

Composer, pianist and arranger was one of the foremost names in music for British television programmes. Among his numerous credits are the themes for 3-2-1, Owen MD, All Creatures Great And Small and News At Ten and he also served for 16 years as the arranger and conductor for Top Of The Pops. Johnny Pearson was born in Chesterfield, Derbyshire in 1925 and he studied the piano as a child and won a scholarship to the London Academy of Music and Dramatic Art. He wanted to continue his studies but the family had little money and he became an engineering apprentice. He did his national service in the Royal Artillery and he played drums in an army band. His "Cast Your Fate To The Wind" [1965] was a Christmas hit and although it only climbed to No 5, it was on the charts for four months. It made the USTop 10 and was more successful than the American original. Pearsonhad only been paid an £8 session fee for the record, and after being promised better terms, Sounds Orchestral had further chart singles with "Moonglow" in the UK and "Canadian Sunset" in the US. John Valmore Pearson, pianist, composer and arranger: born Chesterfield, Derbyshire, 18 June 1925; married; died 20 March 2011. 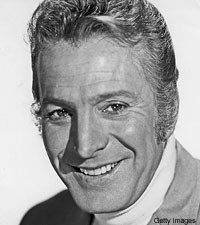 Ferlin Husky, a pioneering country music entertainer in the 1950s and early '60s known for hits like "Wings of a Dove" and "Gone," died Thursday. He was 85.