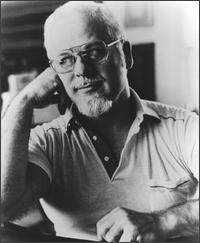 Clare Fischer (October 22, 1928 – January 26, 2012) was an American keyboardist, composer, arranger, and bandleader. After graduating from Michigan State University, he became the pianist and arranger for the vocal group The Hi-Lo’s in the late 1950s. Fischer went on to work with Dizzy Gillespie and Donald Byrd, and became known for his Latin and bossa nova recordings in the 1960s. He composed the jazz standard, "Pensativa". Fischer was nominated for eleven Grammy Awards, winning two for his albums, Clare Fischer and Salsa Picante Present 2+2 (1981) and Free Fall (1986), where he merged Latin and vocal music. Fischer also became an in-demand arranger for pop albums, working with Prince, Michael Jackson, Paul McCartney, Celine Dion, Robert Palmer, and many others. Gustav Leonhardt was a highly renowned Dutch keyboard player, conductor, musicologist, teacher and editor. Leonhardt was a leading figure in the movement to perform music on period instruments. He played professionally the harpsichord, pipe organ, claviorganum (a combination of a harpsichord and an organ), clavichord and fortepiano. 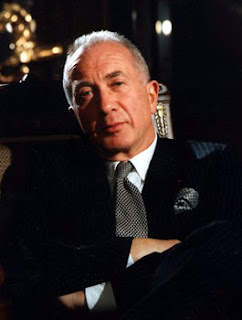 (July 26, 1929 – January 8, 2012)
Born into a Jewish family in Bulgaria, Sofia, Weissenberg began taking piano lessons at the age of three from Pancho Vladigerov. He gave his first public performance at the age of eight. After emigrating to what was then Palestine in 1945, where he studied under Leo Kestenberg, he went to the Juilliard School in 1946 to study with Olga Samaroff. He also consulted Artur Schnabel and Wanda Landowska. In 1947 he made his New York debut with the Philadelphia Orchestra under the baton of George Szell playing Rachmaninoff's Piano Concerto No. 3. Between 1957 and 1966 he took an extended sabbatical for the purpose of studying and teaching. He resumed his career in 1966 by giving a recital in Paris; later that year he played Tchaikovsky's Piano Concerto No. 1 in Berlin conducted by Herbert von Karajan, who praised him as "one of the best pianists of our time".
Wikipedia | SHOP: Alexis Weissenberg