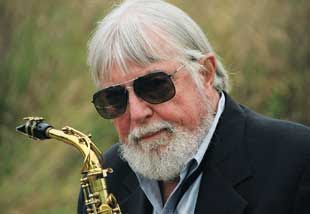 Bud Shank, an alto saxophonist and flutist whose career spanned more than a half century, died April 2 at his home in Tucson, Ariz. The cause pulmonary failure. A day earlier Shank had been in San Diego recording a new album. Shank was 82. Born May 27, 1926 in Dayton, Ohio, Clifford Everett “Bud” Shank tried his hand at a variety of woodwinds before settling on the saxophone. He attended college in North Carolina and worked with saxophonist Charlie Barnet before moving to California in the late 1940s, where he played with trumpeter Shorty Rogers and then pianist Stan Kenton. Working with guitarist Laurindo Almeida, Shank was also one of the first jazz musicians to explore Brazilian music. Shank cut a number of albums for the world music label World Pacific from the ’50s to the ’70s.