Michel Legrand, Oscar-winning 'Windmills of Your Mind' composer, dead at 86

MICHEL LEGRAND was a French musical composer, arranger, conductor, and jazz pianist. Legrand was a prolific composer, he wrote over 200 film and television scores, in addition to many memorable songs. He is best known for his often haunting, jazz-tinged film music. His celebrated scores for the films of French New Wave director Jacques Demy, The Umbrellas of Cherbourg (1964) and The Young Girls of Rochefort (1967), earned Legrand his first Academy Award nominations. Legrand won his first Oscar for the song "The Windmills of Your Mind" from The Thomas Crown Affair (1968). WIKIPEDIA
Email ThisBlogThis!Share to TwitterShare to FacebookShare to Pinterest
Labels: 2019, Michel Legrand 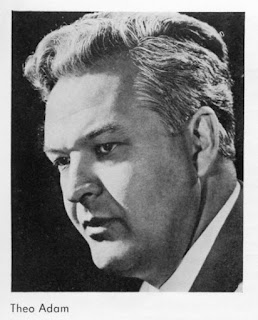 German operatic bass-baritone and bass singer who had international career in opera, concert and recital from 1949. He was a member of the Staatsoper Dresden for his entire career, and sang at the Bayreuth Festival from 1952 to 1980. He particularly excelled in portraying roles by Richard Wagner, especially Wotan in Der Ring des Nibelungen, which he also performed at the Metropolitan Opera, among others. In concert, he was a much admired Bach singer and also drew acclaim for his interpretation of the title character of Mendelssohn's Elijah. He was a voice teacher at the Musikhochschule Dresden. WIKIPEDIA
Email ThisBlogThis!Share to TwitterShare to FacebookShare to Pinterest
Labels: 2019, Theo Adam 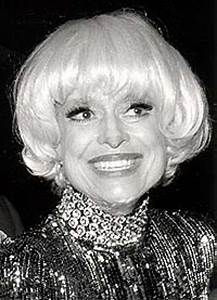 Notable for starring in Broadway and film musicals, her characters typically radiate a fervent expressiveness and an easily identifiable voice, whether singing or for comedic effect. Carol Channing also studied acting at the Neighborhood Playhouse School of the Theatre in New York City. She began as a Broadway musical actress, starring in Gentlemen Prefer Blondes in 1949, and Hello, Dolly! in 1964, when she won the Tony Award for Best Actress in a Musical. She revived both roles several times throughout her career, most recently playing Dolly in 1995. Channing was nominated for her first Tony Award in 1956 for The Vamp followed by a nomination in 1961 for Show Girl. She received her fourth Tony Award nomination for the musical Lorelei in 1974.