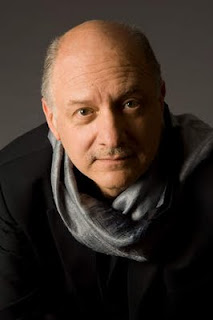 Catán was working on a new opera in Austin, Texas, a University of Texas spokeswoman said Monday. Catan was best known in the United States for his operatic adaptation of the Italian film "Il Postino," which is sung in Spanish. The Los Angeles Opera premiered "Il Postino" last year with Placido Domingo playing the poet Pablo Neruda and tenor Charles Castronovo as the wide-eyed postman Mario Ruoppolo. Born in Mexico City, he studied philosophy at the University of Sussex and music at the University of Southampton. He received a Ph.D. from Princeton University, where he studied with Milton Babbitt, James K.Randall, and Benjamin Boretz. Catán was the first Mexican composer to have an opera produced in the United States, when San Diego Opera produced his Rappaccini's Daughter in March, 1994. He has also composed orchestral and chamber works and film music. His style can be described as neo-impressionist. His music is richly lyrical, often painting evocative colours with the orchestral palette with soaring melodies atop.

New York City: ROLANDO VALDES-BLAIN spent his life performing for audiences from Broadway to the White House. He died at home saturady April 2, 2011, at the age of 89. Valdes-Blain was born in Cuba and came to New York City in his youth. In the 1930s he and his brother Alberto had a weekly music show on New York City radio station WNYC. After military service in World War II he performed with the Spanish Ballet and appeared in Tennessee Williams' Broadway play "Camino Real." He also composed the music for the play "Bullfight." In 1955 Valdes-Blain was a soloist with the Radio City Music Hall orchestra. He founded the Guitar Department at the Manhattan School of Music. In 1968 he performed at the White House.