Jerzy Katelwicz. Conductor, Polish Radio National Symphony Orchestra; pianist, and educator...Jerzy Katlewicz was one of the finest and the most deserving for the promotion of indigenous culture in the world of Polish conductors. His artistic career in a unique way intertwined with the Philharmonic. Karol Szymanowski Krakow - here held his concert diploma in 1952; he was also the longest in the history of the Krakow Philharmonic responsible for its artistic image - from 1968 to the 1980s. George Katlewicz (b. April 2, 1927 r. Bochnia) in 1952. Graduated with honors from conducting at the State Higher School of Music in Cracow in the class of Arthur Malawski. In 1955. He won the first prize in the Competition for Young Conductors in Besancon Belgian. Earlier, in the years 1947 - 1949 he worked as an organist in the church. Nicholas Bochnia, and from 1949-1952 he was music director of the theater "Grotesque" in Cracow. Then he served as music director and conductor and opera conductor of the National Philharmonic Orchestra of Krakow; artistic director of the Philharmonic in Poznan and Director of the State Opera and the Baltic Philharmonic in Gdansk. After a period as director, he directed the Krakow Philharmonic Orchestra and Choir of Polish Radio and Television in Krakow, and in 1979-82 he was the artistic director Noordhollands Philharmonisch Orkest in Haarlem in the Netherlands.
Email ThisBlogThis!Share to TwitterShare to FacebookShare to Pinterest
Labels: Jerzy Katelwicz 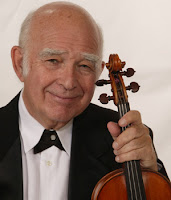 Joseph Silverstein was born in Detroit. As a youth, Silverstein studied with his father, Bernard Silverstein, who was a public school music teacher. He later studied at the Curtis Institute of Music with Efrem Zimbalist, and also studied with William Primrose, Josef Gingold, and Mischa Mischakoff. In 1959 he won a silver medal at the Queen Elisabeth Music Competition and in 1960 was awarded Naumburg Award from the Walter W. Naumburg Foundation. In 1962, Silverstein became concertmaster of the Boston Symphony Orchestra, a position he held for 22 years. He was appointed assistant conductor in 1971. He was music director of the Utah Symphony from 1983 to 1998. He served as acting music director of the Florida Philharmonic Orchestra in 2001 until the orchestra's demise in 2003. He was the artistic advisor to the Portland Symphony Orchestra in 2007-2008 season. He has served as a professor of violin at the Curtis Institute of Music in Philadelphia, following his position at the New England Conservatory in Boston. Since 1969, he has been a regular faculty artist at the Sarasota Music Festival. Silverstein performed on a 1742 Guarneri del Gesù. Silverstein died on November 22, 2015 in Boston, Massachusetts from a heart attack at the age of 83. VIDEO: 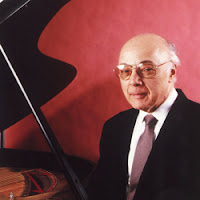 Seymour Lipkin, a pianist and conductor widely admired in both roles for his acute, deliberately unflashy musicianship, died on Monday, 16 Nov 2015, in Blue Hill, Me. He was 88. Pianist Seymour Lipkin was born in Detroit. His grandfather had been a violinist (his custom violin is now on loan for Juilliard students to use), and while Lipkin’s parents weren’t musicians, they were musical, and they noted and encouraged his early interest in listening to music. When Lipkin was 11, he moved to Philadelphia to study at Curtis, boarding with a local family (that Curtis supplied with a piano). A few years later, his sister, Eleanor, joined him, and she later enjoyed a successful performing career in Europe. Lipkin received a Bachelor of Music from Curtis in 1947 and has been on the faculty there since 1969. In addition to Juilliard, where he joined the faculty in 1986, Lipkin has also taught at Manhattan School of Music, New England Conservatory, and Marymount College. He has performed as a soloist with most major American orchestras, recorded extensively, and also had a distinguished conducting career. NYTimes Obit

VIDEO: Seymour Lipkin Talks About Piano Music American classical pianist Seymour Lipkin took a rare interview with NTD Television on piano playing. In the interview, Lipkin also gives advices to the Chinese piano students on how to master piano arts as a musician. To promote classical piano music and young Chinese pianists on a world stage, NTD Television is hosting the 3rd International Chinese Piano Competition in New York City. The Finals and Award Concert this year will be held at Zankel Hall in Carnegie Hall on October 27, 2013. For more information, please visit: http://piano.ntdtv.com

Eshpai was born at Kozmodemyansk, Mari El. A Red Army World War II veteran, he studied piano at Moscow Conservatory from 1948 to 1953 under Vladimir Sofronitsky, and composition under Nikolai Rakov, Nikolai Myaskovsky and Evgeny Golubev. He performed his postgraduate study under Aram Khachaturian from 1953 to 1956. He was the son of the composer Yakov Andreyevich Eshpai, and the father of the filmmaker Andrei Andreyevich Eshpai. On 8 November 2015, Eshpai died in Moscow from a stroke at the age of 90. 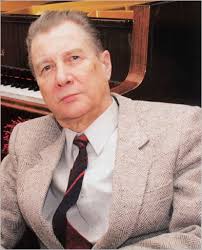 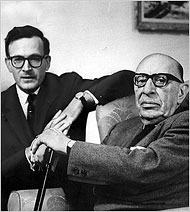 Robert Lawson Craft (October 20, 1923 – November 10, 2015) was an American conductor and writer. He is best known for his intimate working friendship with Igor Stravinsky, on which Craft drew in producing numerous recordings and books. Craft met Stravinsky in 1948, and from then until the composer's death in 1971, Craft continued to work alongside Stravinsky in a variety of roles. A relationship that started out with Craft in a rather modest role eventually evolved into a full artistic partnership. Craft compiled the libretti for Stravinsky's The Flood and A Sermon, a Narrative and a Prayer, and lived with Igor and Vera Stravinsky in Hollywood and later in New York City. Craft remained close to the composer's widow until her death in 1982. After Stravinsky's death, Craft continued to concertize and to write. His 2002 book, An Improbable Life, details his life before, during, and after his friendship with Stravinsky. The memoir elaborates on the impact that Igor Stravinsky had on his life. Craft married Stravinsky's longtime nurse, Rita Christiansen, and is the father of one son, Robert Alexander Craft, who lives in Copenhagen. Late in life he made a second marriage, to Alva Rodriquez Minoff (a real estate salesperson). Craft died on November 10, 2015, in Gulf Stream, Florida 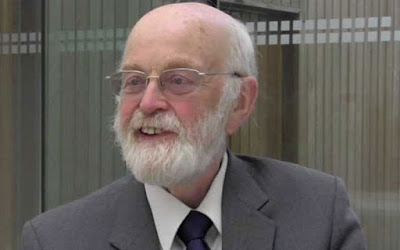 Duncan Druce, who has died aged 76, was a composer, violinist and musicologist whose completion of Mozart’s Requiem drew much attention when it was first heard at the Proms in 1991 – not least when the conductor Roger Norrington brought him forward from his place among the violins to share the applause . The son of a bacteriologist, Robert Duncan Druce was born at Nantwich, Cheshire, on May 23 1939. He was seven when the family moved to Leeds where, encouraged by a school teacher, he immersed himself in the city’s musical life. He played violin with the National Youth Orchestra and spent a year studying with Herbert Howells at the Royal College of Music. At King’s College, Cambridge, where he took a double first in Music, one of his undergraduate exercises was to compose a single movement for a string quartet in the style of Mozart; Druce instead wrote an entire quartet. TELEGRAPH OBIT
Email ThisBlogThis!Share to TwitterShare to FacebookShare to Pinterest
Labels: Duncan Druce 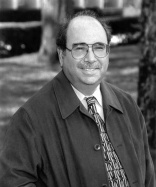 Stock was a longtime resident of Pittsburgh, Pennsylvania, where he served as a professor of composition and as the conductor of the Contemporary Ensemble at Duquesne University. In 1976, he founded the Pittsburgh New Music Ensemble, and was the music director for 23 years until his retirement in 1999. He was the composer in residence for the Pittsburgh Symphony Orchestra during the 1987-88 season, and for the Seattle Symphony Orchestra for the 1996-97 season. Among his many compositions are Kickoff, premiered by the New York Philharmonic under Kurt Masur during the Orchestra's 150th Anniversary; Violin Concerto, premiered by Andres Cardenes and the Pittsburgh Symphony under Lorin Maazel for that Orchestra's 100th Anniversary; and Second Symphony, premiered by the Seattle Symphony under Gerard Schwarz.