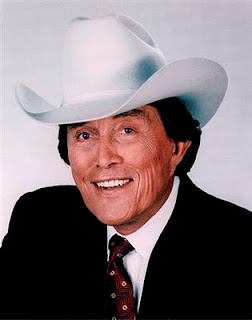 Jimmy Ray Dean (August 10, 1928 – June 13, 2010) was an American country music singer, television host, actor and businessman. Although he may be best known today as the creator of the Jimmy Dean Sausage brand, he first rose to fame for his 1961 country crossover hit "Big Bad John"; and became a national television personality in the 1960s. His acting career included a supporting role in the 1971 James Bond movie, Diamonds Are Forever. He lived near Richmond, Virginia, and was inducted into the Country Music Hall of Fame in 2010. Dean died on June 13, 2010, of natural causes at his Varina, Virginia home at the age of 81. He is survived by his second wife Donna.