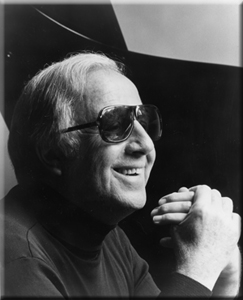 George Shearing, the ebullient jazz pianist who wrote the standard "Lullaby of Birdland" and had a string of hits both with and without his quintet, has died. He was 91. Shearing, blind since birth, died early Monday morning, 14 FEB 2011, in Manhattan of congestive heart failure.

WIKIPEDIA: Sir George Shearing, OBE (August 13, 1919 – February 14, 2011) was an Anglo-American jazz pianist who for many years led a popular jazz group which recorded for MGM Records and Capitol Records. The composer of over 300 titles, he had multiple albums on the Billboard charts during the 1950s, 1960s, 1980s and 1990s. He became known for a piano technique known as Shearing's voicing, a type of double melody block chord, with an additional fifth part that doubles the melody an octave lower. George Shearing credited the Glenn Miller Orchestra's reed section of the late 1930s and early 1940s as an important influence. Shearing's interest in classical music resulted in some performances with concert orchestras in the 1950s and 1960s, and his solos frequently drew upon the music of Satie, Delius and Debussy for inspiration.
He died of heart failure in February 2011 in New York City, at the age of 91. 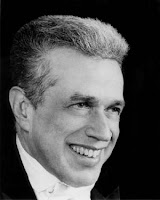 Johannes Somary, the founder and music director of Amor Artis, a chorus and orchestra that for the last half-century has presented neglected choral masterpieces, primarily from the Baroque and Classical periods, died on Feb. 1 in the Bronx. He was 75 and lived in Riverdale, N Y.
- N Y Times Obit | Bio | Search Amazon.com for Johannes Somary