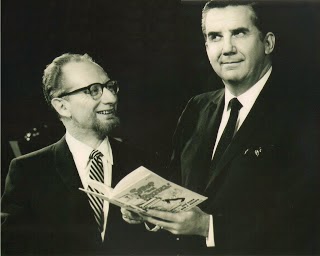 Milton DeLugg (December 2, 1918 – April 6, 2015) was an American musician, composer and arranger. Delugg accompanied Al Jolson, worked with the game show producer Chuck Barris and was a longtime musical director for the Macy’s Thanksgiving Day Parade. A talented accordionist, he appeared in short Soundies musicals and occasional movies (like 1949's Jolson Sings Again). He quickly became a successful arranger and composer and worked as band leader at Slapsy Maxie's Wilshire location in Hollywood. His clients ranged from the American Junior Miss Pageant to Jackie Wilson, and he was a musician on such radio programs as The Abe Burrows Show. One of his best-known tunes is an arrangement of the song "The Happy Wanderer", and his brassy polka "Hoop Dee Doo" became a game show staple. He is also the composer of "Hooray for Santy Claus", the catchy theme song for the low-budget motion picture Santa Claus Conquers the Martians. 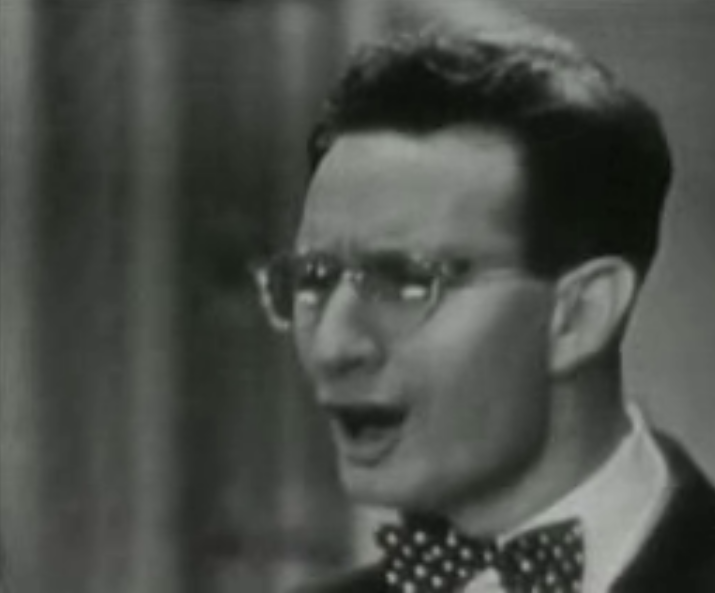 He also composed "Roller Coaster" - recorded by Henri Rene Orchestra on RCA Victor. It was used as the closing theme for the popular Goodson-Todman panel show What's My Line? from the early 1950s until its cancellation in 1967. In 1950 and 1951, Delugg was musical director, bandleader, and accordionist on Broadway Open House an NBC late-night television program which has been considered a forerunner to The Tonight Show. He often played a song he co-wrote, titled, "Orange Colored Sky", which was best remembered as a hit for Nat King Cole. In 1950, Delugg was also orchestra conductor for the short-lived Abe Burrows' Almanac. In 1953, he played accordion, leading the Milton Delugg Trio on the short-lived The Bill Cullen Show. Four years later, in 1957, Delugg joined the cast of the Winchell and Mahoney Show. In 1958, Milton Delugg produced Buddy Holly's single, "Rave On!". For decades, Delugg has been associated with NBC as a musical director. In 1966, he was briefly musical director of The Tonight Show Band during the tenure of Johnny Carson.

VIDEO: Broadway Open House 1951 feat. The Mellowlarks singing Yesterday... Before David Letterman and Jay Leno there was Johnny Carson and Jack Paar. Before them there was Broadway Open house with Jerry Lester. It was network television's first late night comedy, variety series. Clip includes a catchy Blatz Beer jingle. Also the shows vocal group, the Mello Larks, sing Yesterday (not the Paul McCartney song). The accordion player who puffs on a big cigar, Milton DeLugg, is still in the music business! He's musical director of the Macy's Thanksgiving Day Parade. Made with public domain material from archive.org

Ray Charles, an Emmy-winning choral director, lyricist and composer who worked with Perry Como for three decades, sang the theme song for the television sitcom "Three's Company" and didn't mind being known as "the other Ray Charles," died Monday 6 April 2015, at his Beverly Hills home. He was 96.

Charles Raymond Offenberg (September 13, 1918 – April 6, 2015), better known as Ray Charles, was an American musician, singer, songwriter, vocal arranger and conductor who is best known as organizer and leader of the Ray Charles Singers. The Ray Charles Singers were featured on Perry Como's records, radio shows and television shows for 35 years. The Ray Charles Singers are also known for a series of 30 choral record albums produced in the 1950s and 1960s for the Essex, MGM, Decca and Command labels. As a vocalist, Charles, along with Julia Rinker Miller, is known for singing the theme song to the television series Three's Company ("Come and Knock on Our Door"). As a songwriter, Charles is best known for the choral anthem "Fifty Nifty United States," in which he set the names of the states to music in alphabetical order. It was originally written for The Perry Como Show. He is also known for "Letters, We Get Letters," also originally written for The Perry Como Show and later used on Late Show with David Letterman. In his later years, he continued to serve as a musical consultant to television programs, most notably for 31 years on the Kennedy Center Honors. Charles was acknowledged as an authority on American popular music. 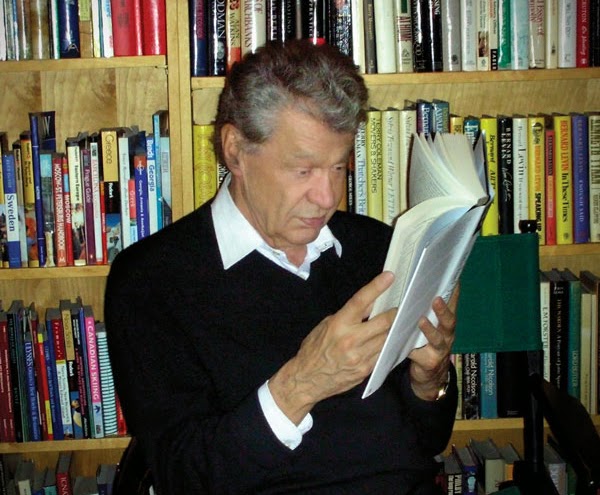 Mr. Porter, who also pieced together a restored version of Don Carlos, directed operas as well, and translated librettos from the many languages he knew. Andrew Porter (26 August 1928 – 3 April 2015) was a British music critic, scholar, organist, and opera director. He studied organ at University College, Oxford University, in the late 1940s, then began writing music criticism for various London newspapers, including The Times and The Daily Telegraph. In 1953 he joined The Financial Times, where he served as the lead critic until 1972. Stanley Sadie, in the 2001 edition of the Grove Dictionary of Music and Musicians, wrote that Porter "built up a distinctive tradition of criticism, with longer notices than were customary in British daily papers, based on his elegant, spacious literary style and always informed by a knowledge of music history and the findings of textual scholarship as well as an exceptionally wide range of sympathies."WIKIPEDIA
Email ThisBlogThis!Share to TwitterShare to FacebookShare to Pinterest
Labels: Andrew Porter
Newer Posts Older Posts Home
Subscribe to: Posts (Atom)