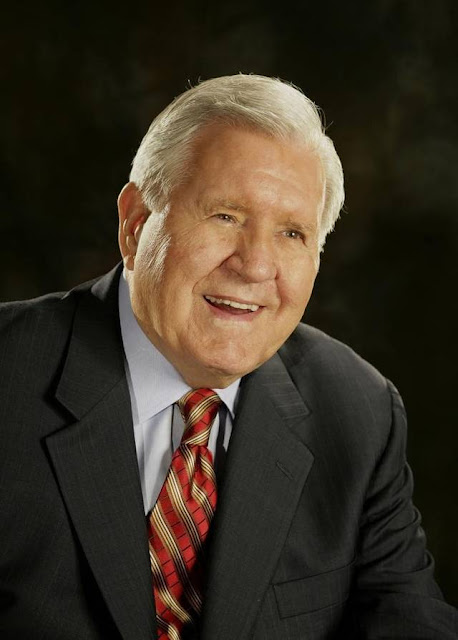 Clifford Burton Barrows (April 6, 1923 – November 15, 2016) was a longtime music and program director for the Billy Graham Evangelistic Association. He had been a part of the Graham organization since 1949. Barrows was best known as the host of Graham's weekly Hour of Decision radio program, and the song leader and choir director for the crusade meetings. WIKIPEDIA

VIDEO: George Beverly Shea and Cliff Barrows reminisce during a Senior Celebration at The Cove in Asheville, NC on September 20, 2011 (the last time Bev Shea sang in public). These two have been in ministry together with their good friend, Billy Graham, for over 60 years. Watch as Bev Shea tells how he composed the music for I'd Rather Have Jesus. Enjoy the music and the stories!
\
Email ThisBlogThis!Share to TwitterShare to FacebookShare to Pinterest
Labels: 2016, Cliff Barrows
Newer Post Older Post Home