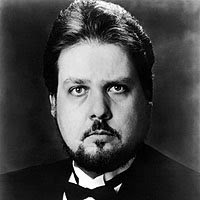 Lundberg's management company says the singer died Friday, 15 August 2008, in Long Island after a brief illness. The cause of death wasn't released. Lundberg made his debut in Brussels in the 2006-07 season as Tristan in "Tristan und Isolde." He sang bass and baritone for many years before making the transition to dramatic tenor roles. Lundberg was to perform the role of Samson in "Samson & Dalila" with the Pitsburgh Opera later this year. Officials there say he competed at the regional finals of the Metropolitan Opera National Council Auditions as a bass, baritone and tenor.