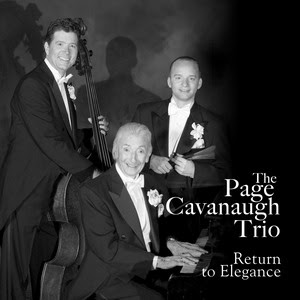 Page Cavanaugh, whose trio played in films and on Frank Sinatra's radio show, died Dec. 19, 2008 of kidney failure in Granada Hills, Calif. He was 86.
In the late '40s and early '50s, The Page Cavanaugh Trio was popular as a nightclub act, on recordings and in feature films such as "Romance on the High Seas" with Doris Day.
Email ThisBlogThis!Share to TwitterShare to FacebookShare to Pinterest
Labels: JAZZ, Page Cavanaugh, Standard Pop
Newer Post Older Post Home