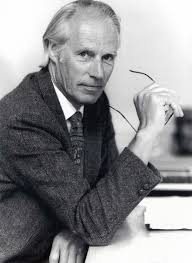 Martin was an English record producer, arranger, composer, conductor, audio engineer, and musician. He is sometimes referred to as "the Fifth Beatle" in reference to his extensive involvement on each of the Beatles' original albums. He is considered one of the greatest record producers of all time, with 30 number-one hit singles in the United Kingdom and 23 number-one hits in the United States. Martin was influenced by a range of musical styles, encompassing Cole Porter and John Dankworth. He attended the Guildhall School of Music and Drama from 1947 to 1950, studying piano and oboe. Following his graduation, he worked for the BBC's classical music department, then joined EMI in 1950. Martin produced comedy and novelty records in the early 1950s, working with Peter Sellers and Spike Milligan, among others. WIKIPEDIA VIDEO:
Email ThisBlogThis!Share to TwitterShare to FacebookShare to Pinterest
Labels: 2016, George Martin
Newer Post Older Post Home