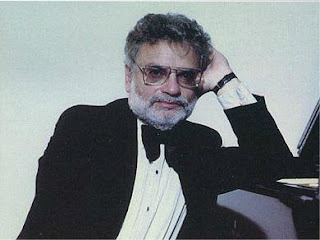 Evanston, Illinois... One of the last pupils of the great Heinrich Neuhaus, Vladimir Leyetchkiss began his piano studies in Baku, Russia and later studied at the Moscow Conservatory. Emigrating from Russia to the United States in 1974, Vladimir has built a reputation as a concert pianist, teacher and a transcriber, specializing in Russian and Romantic music. Leyetchkiss is a frequent performer on WFMT and has done several European tours. He has served as a juror in many piano competitions and appeared as soloist at national conventions of the American Liszt Society and the International Rachmaninoff Society.