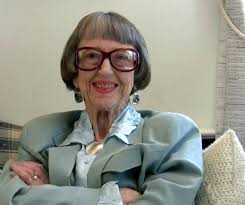 ELIZABETH BELL was born in 1928; graduated from Wellesley College (Music) in 1950, and from Juilliard (Composition) in 1953. She was music critic of the Ithaca Journal, 1971-1975; one of the founders and a longtime director of New York Women Composers; and a member of Board of Governors of American Composers Alliance, 2000-2004. She received grants and commissions from fine artists around the world, the New York State Council on the Arts, the Bradshaw/Buono duo, the Inoue Chamber Ensemble, North/South Consonance, the Putnam Valley Orchestra, and Vienna Modern Masters. Awards included the Delius Prize (Keyboard), 1994; first prize (1986), and grand prize (1996) in the Utah Composers Competition; many Meet-the-Composer grants.