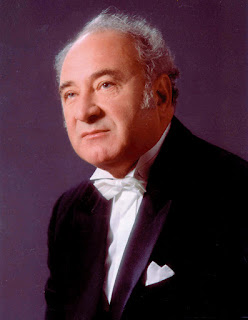 From 1981 to 1999 Nanut served as the chief conductor of the RTV Slovenia Symphony Orchestra. He was a professor of conducting at the Ljubljana Academy of Music and the artistic leader of the Slovene Octet in its most productive years. Nanut collaborated with over 200 orchestras and had made over 200 recordings with a variety of labels. Among the concerts that he valued most was a concert with the RTV Slovenia Symphony Orchestra in the Carnegie Hall, his concerts with Staatskapelle Dresden, with the Berlin RIAS and with Saint Petersburg Philharmonic Orchestra. He was a chief conductor of the Dubrovnik Symphony Orchestra and has conducted nearly all the Italian symphony orchestras (especially Orchestra Di Padova e del Veneto).
WIKIPEDIA