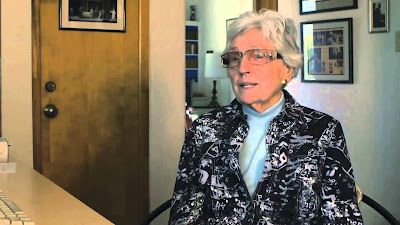 Gladys Nordenstrom was born in Mora, Minnesota. She studied music at the Institute of Fine Arts at Hamline University in Saint Paul, Minnesota, where she received bachelor's and master's degrees. She studied under and then married Austrian composer Ernst Krenek there in 1950. After completing her studies, Nordenstrom worked as an elementary school teacher until she moved with Krenek to California. In the following years, she accompanied her husband to visiting professorships in various locations and sometimes collaborated on works. After his death in 1991, she founded the Ernst Krenek Institute in 1998 and the private foundation Krems die Ernst Krenek in 2004 in Vienna, Austria. In 2006 Gladys Nordenstrom was awarded the Decoration of Honour for Services to the Republic of Austria. She died on July 5, 2016 in Palm Springs, California.