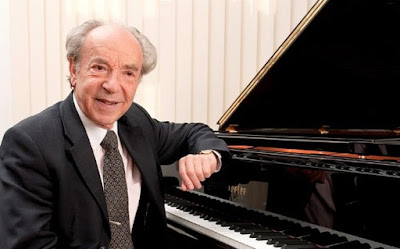 He was best known for his performances of works by Mozart, Beethoven and Schubert, but had an extensive repertoire including many works of Chopin and Ravel. Badura-Skoda was well known for his performances on historical instruments, and owned several (his recording of the complete piano sonatas of Schubert is on five instruments from his private collection). A prolific recording artist, Badura-Skoda made over 200 records, including many duplicates created to highlight the sound of different pianos. For instance, in a 2013 record, he recorded Schubert's last sonata three times on instruments from the 1820s, 1920s, and early 2000s (having already recorded the piece several times before); one of his box sets of the complete piano sonatas of Beethoven similarly included three different versions of the "Hammerklavier" Sonata. Indeed, he is the only person to have recorded the complete piano sonatas of Mozart, Beethoven, and Schubert on both historic and modern instruments. WIKIPEDIA