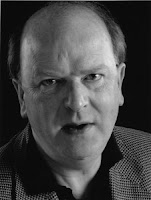 Guy Woolfenden was born in Ipswich and educated at Westminster Abbey Choir School, London, and Whitgift School, Croydon. He studied music at Christ's College in Cambridge and went on to study at the Guildhall School of Music and Drama. He joined the Royal Shakespeare Company in Stratford-upon-Avon in 1961 and was Head of Music from 1963 to 1998. He was Artistic Director of the Cambridge Festival from 1986 to 1991. In 1995 he was a founder director of the English Music Festival which became the Stratford on Avon Music Festival. . He was the Chairman of the Denne Gilkes Memorial Fund, a charity which supports young musicians and actors. He was the founder of the publishing company, Ariel Music. Woolfenden married Jane Aldrick in 1962 and they had three sons. WIKIPEDIA

VIDEO: Firedance, by composer Guy Woolfenden, was originally commissioned by Warwick Castle for one of its celebrated annual fireworks concerts – the first performance was given by the Philharmonia Orchestra conducted by Martyn Brabbins on July 1st 2000. Keith Allen, Music Director of Birmingham Symphonic Winds was present at that performance at Warwick Castle and commissioned a new arrangement for BSW’s 10th anniversary concert at the CBSO Centre, Birmingham on November 16th 2002, when it was conducted Wollfenden.