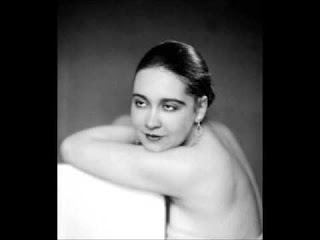 Deva Dassy (born Marie-Anne Lambert, Paris 26 August 1911, died Mouriès 11 March 2016, was a French mezzo-soprano, active in opera and operetta in France from the 1930s to the 1960s who made many radio and studio recordings. WIKIPEDIA