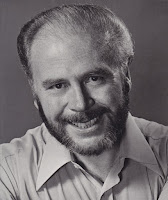 Alberto Remedios (27 February 1935 – 11 June 2016) was a British former operatic tenor, especially noted for his interpretations of Wagner's heldentenor roles. Remedios was born in Liverpool and began his working life as a docker, but studied singing with Edwin Francis, who also taught Rita Hunter, and then at the Royal College of Music under Clive Carey. He sang a wide variety of roles with the Sadler's Wells Opera—the forerunner of English National Opera—including Alfredo in La traviata, the title role in Gounod's Faust, Samson in Saint-Saëns' Samson and Delilah, Bacchus in Ariadne auf Naxos and Max in Der Freischütz. He is especially remembered for his performances in Wagner.