RIP: J. Reilly Lewis, 1944-2016... founding conductor of the Washington Bach Consort and the music director of the Cathedral Choral Society. 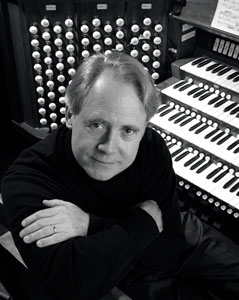 J. Reilly Lewis (1944 – June 9, 2016) was the founding conductor of the Washington Bach Consort and the music director of the Cathedral Choral Society. As a keyboard artist he specialised in baroque music, particularly the music of J. S. Bach. His performing and conducting career included appearances with the Minnesota Orchestra, the New York Philharmonic, the Handel Festival, Halle, the Bachfest Leipzig, the Aspen Music Festival, the Cologne New Music Festival and the Mozart Festival in New York and Washington. During a Chinese/American Festival in Taipei's main concert hall, he played the organ and later conducted the orchestra and chorus in various 20th century works including a world premiere by the Chinese composer Gordon Shi-Wen Chin. He made his National Symphony Orchestra debut in December 2002, guest conducting Handel's Messiah at the John F. Kennedy Center for the Performing Arts. WIKIPEDIA VIDEO