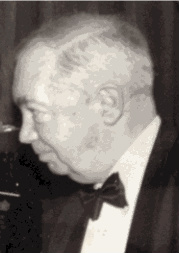 Alasdair Graham was a concert pianist who attracted favourable reviews in the 1950s and 1960s for his insightful interpretations of the classical repertoire; he played at the Proms, worked with conductors such as Malcolm Sargent and Charles Groves, and made a name for himself as a helpful and sympathetic accompanist to many debutante singers. The Scottish concert pianist's career was stalled by a nervous breakdown, he recovered to become a record producer and a much respected teacher at the Royal College of Music in London.