Neil Cathcart Black OBE (born 28 May 1932 died 19th August 2016) was an English oboist. He has held the post of principal oboe in four London orchestras, and has taught at the Royal Academy of Music and the Guildhall School of Music and Drama. 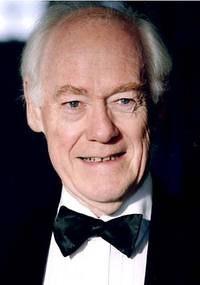 Black was born in Birmingham. He starting playing the oboe at the age of 11, and played in the National Youth Orchestra between 1948 and 1951. He attended Oxford University between 1952 and 1956, and took a degree in history. In 1956–57 Black studied the oboe with Terence MacDonagh. From 1958 to 1960 he was principal oboist of the London Philharmonic Orchestra. Later in his career, he was the principal oboist of the Academy of St Martin in the Fields, the English Chamber Orchestra and the London Mozart Players. He is described by The Oxford Dictionary of Music as a "frequent soloist with chamber orchestras" and a "specialist in Baroque and pre‐classical repertoire". From 1960 to 1970 Black was a professor at the Royal Academy of Music, London. He later taught at the Guildhall School of Music and Drama. Black was appointed OBE in 1989. At 2013 he was musical director of the Kirckman Concert Society, which was formed in 1963 to promote young artists of exceptional talent.[Wikipedia]